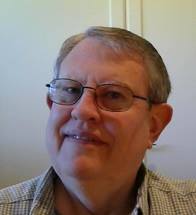 Ron Sohler -  Ron had a fairly conservative work history of serving his country for 11 years then working and retiring from Intel Corporation after 23 years. His introduction into the world of "woo woo" as he calls it began when he went with his animal rescue friends to his first ghost hunting event in Gettysburg.

There he saw a "windigo" that disappeared and then had a Medium (who wasn't present) describe the entire incident. At that point he was convinced there were spirit entities and they were real. After that initial experience, Ron went on investigations with Chip Coffee in Gettysburg and Shawshank Prison and two investigations with the "Ghost Adventures" crew.

Taking "journeys" into the worlds of faeries and dragons is part of Ron's current adventures. Validations of these journeys and his dragon friend "Nora" have been noted or seen by several Psychic/Medium friends of Seth Michael.

Ron found on the ghost hunts that he was not asking the standard questions, but offering healing to the spirits. He later discovered he was actually doing Reiki energy healing without knowing it, or having the attunements. Later Ron discovered Shamanism was a much more powerful method of healing. He uses either or both methods as he is guided by the spirits.

Ron gives special thanks to his intuitive "sensitive" friends who have provided him with validations, learning, confidence and guidance. Without their help and knowledge he would have not had the wonderful experiences he has had. He also thanks his compassionate spirit helpers who aid in healing.

Ron is also the author of Journey of a Reluctant Shaman and Returning to Peig Sayers.